How Divorce can Affect Kids

Many years ago, the myth began to circulate that if parents are unhappy, the kids are unhappy, too. So divorce could help both parent and child. “What’s good for mom or dad is good for the children,” it was assumed. But we now have an enormous amount of research on divorce and children, all pointing to the same stubborn truth: Kids suffer when moms and dads split up. (And divorce doesn’t make mom and dad happier, either.)

The reasons behind the troubling statistics and the always-present emotional trauma are simple but profound. As licensed counselor and therapist Steven Earll writes:

Children (and adult children) have the attitude that their parents should be able to work through and solve any issue. Parents, who have given the children life, are perceived by the children as very competent people with supernatural abilities to meet the needs of the children. No problem should be too great for their parents to handle. For a child, divorce shatters this basic safety and belief concerning the parents’ abilities to care for them and to make decisions that truly consider their well-being.

Children have the strong belief that there is only one right family relationship, and that is Mom and Dad being together. Any other relationship configuration presents a conflict or betrayal of their basic understanding of life. In divorce, children [tend to] resent both the custodial and absent parent.

Children from divorced homes suffer academically. They experience high levels of behavioral problems. Their grades suffer, and they are less likely to graduate from high school.

A few more statistics to consider:

For all children, their parents’ divorce colors their view of the world and relationships

for the rest of their lives.

Psychologist Judith Wallerstein followed a group of children of divorce from the 1970s into the 1990s. Interviewing them at 18 months and then 5, 10, 15 and 25 years after the divorce, she expected to find that they had bounced back. But what she found was dismaying: Even 25 years after the divorce, these children continued to experience substantial expectations of failure, fear of loss, fear of change and fear of conflict.

15). Behind each of these statistics is a life – a child, now an adult, still coping with the emotions brought on by the divorce.

As Wallerstein put it, “The kids [in my study] had a hard time remembering the pre-divorce family . . . but what they remembered about the post-divorce years was their sense that they had indeed been abandoned by both parents, that their nightmare [of abandonment] had come true.

Feelings of abandonment and confusion are only compounded when one or both parents find a new spouse. A second marriage brings complications and new emotions for children – not to mention new stepsiblings, stepparents and step grandparents, who often are in competition for the parent’s attention. (And the adjustment can be even more difficult – because it is the adults who choose new families, not the children.)

Lilly expressed it this way: “My loss was magnified as my father remarried and adopted a new ‘family.’ Despite attempts on my part to keep in touch, we live in different cities, and his life now revolves around his new family with infrequent contact with me. This has only increased the feelings of abandonment and alienation from the divorce.”

And the high rate of second-marriage divorces can leave children reeling from yet another loss.

Full “recovery” is nearly impossible for children because of the dynamic nature of family life. While you and your ex-spouse’s lives may go on separately with relatively little thought, your children will think about their loss almost every day. And 25 years after the fact, they will certainly be influenced by it. Life itself will remind them of the loss at even the happiest moments. As Earll explains: “Children never get over divorce. It is a great loss that is in their lives forever. It is like a grief that is never over. All special events, such as holidays, plays, sports, graduations, marriages, births of children, etc., bring up the loss created by divorce as well as the family relationship conflicts that result from the ‘extended family’ celebrating any event.

What parents see as a quick way out often results in emotional damage that the children will carry for 30 years or more. Divorce is no small thing to children. It is the violent ripping apart of their parents, a loss of stability and often a complete shock. While we often think of children as resilient, going through such trauma is a lot to ask of our kids.

In light of the fact that most marriages heading for divorce can be salvaged and turned into great marriages, parents should take a long pause before choosing divorce. While it may seem like a solution to you, it’s not an easy out for you or your kids.

Source: focus on the family 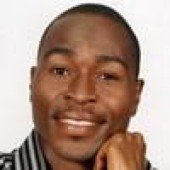 HOW TO MEET YOUR SPOUSE’S NEED FOR LOVE

8 guides for a happy marriage after babies